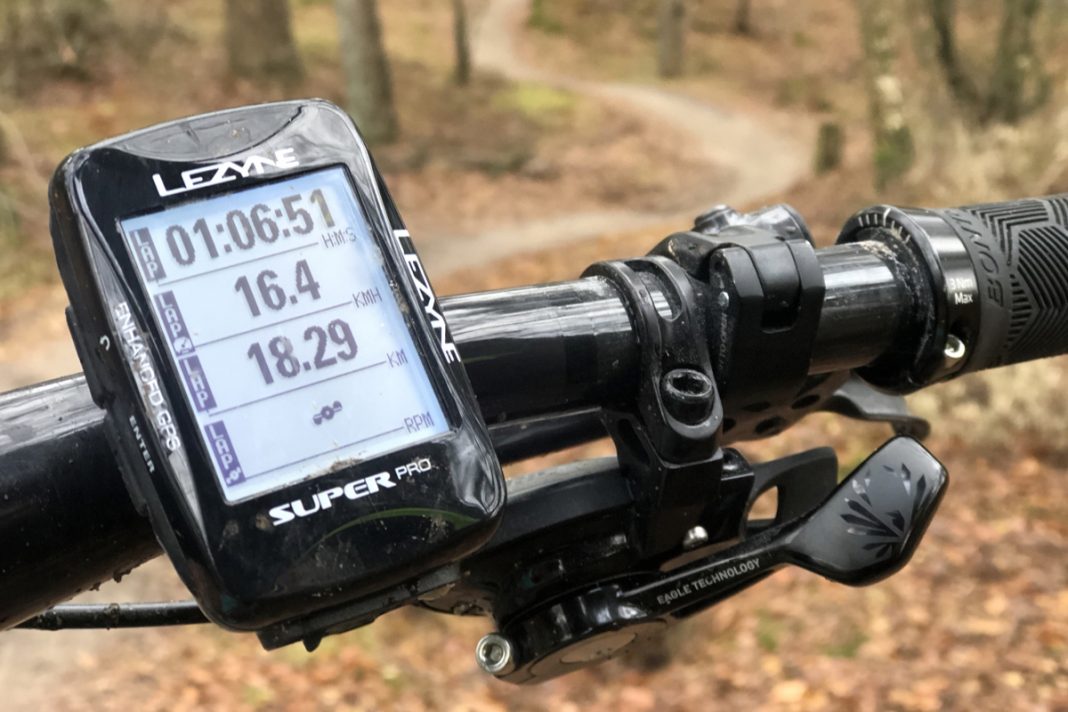 Can a separate GPS bike computer do more or do better than the apps that you can download on your smartphone? That is the question that I often ask myself and that I also asked when I reviewed the Lezyne Super Pro GPS.

Perhaps not quite a fair question, because the devices are in many ways not comparable. But because many functionalities do or rather, can match, I notices that I was considering those things that are different or better, those that really add value to your riding experience and would warrant the purchase of a separate GPS device.

I used the Super Pro GPS for a few months, both in dry and very wet weather. Temperatures between -5 and 26 degrees celsius (volgens de gegevens van de Lezyne zelf. I used it to track and navigate a new route.

But in that small housing Lezyne has packed a lot of functionalities: navigation, various training modes, barometer and accelerometer, ride tracking with a lot of customizable fields, map display, and so on. It connects both with ANT + and Bluetooth with external devices (such as hart rate moniors) including your smartphone. The Lezyne Ally app is needed to be able to use a number of those functionalities (eg map navigation). You can use the device both in portrait and landscape modes. For the complete list of functionalities, check the Lezyne website.

The disadvantage of a touchscreen on the other hand is that, especially in the rain, the device can become difficult to operate. (The same if you are waring gloves). And the screen is just that bit more vulnerable. That shows another clear advantage of the Super Pro GPS, that it is very weatherproof and durable. You can fix the Device to your bars with the help of simple rubber bands. It takes a little bit of fiddling to get those rubber straps hooked in properly, but then the GPS is also really and surprisingly well secured and will weather anything.

When navigating or riding with certain training fields that you want to see check at a glance, taking out and stowing away your smartphone every time is just not really an option. And it can cost you: I have had to replace two iPhones in the past year as a result of use on the trails. Very annoying and expensive. The Super GPS Pro can withstand jus about anything and you is constantly available in your cockpit where you can read it out continuously.

What also stood out, both in tracking a ride and while navigating, is that the GPS is super accurate. A deviation of just a few meters from the pre-loaded route, or riding in the wrong direction is immediately detected and the GPS warns you with a few clear beeps. The tracker also does not fail at all, does not miss any points on the trail, which Strava regularly does on my iPhone.

Reading the device while cycling is not always easy, with the backlight better, but I can’t read the characters in the many fields on the fly without really taking my eyes off the trail (not a good idea). Navigating the trail however is super basic in terms of screen layout, and it ís very easy to read. So that was good. Finally, the battery life is also really impressive. According to specifications 28 hour runtime, I did not measure that directly, but I did several rides over a span of several days without having to charge the device.

As mentioned, the GPS connects with the Lezyne Ally App on your smartphone. Pairing is fairly easy the first time and then everything always connects flawlessly. Onze you download the Ally App and log into your Lezyne account, you can, for example, load GPS routes on the Super Pro, which you first have to upload to your account on the Lezyne GPS Root desktop software. A bit of a work around and it took some effort to get it all to work. Mostly because the software is just not simple and easy to use. I think that the User Interfaces of both the online desktop tool and the Ally App were designed by engineers and not by interaction designers.

Both are just not that easy to use and I actually got so annoyed at first that I put it off for quite some time. Because I needed to review the device well, I pushed through and eventually I managed to get the route I wanted to follow on the Super GPS. But I think that Lezyne would do well to have Interaction Designers upgrade their software to more user friendly versions.

I was not super positive at first. I was irritated by the interfaces, both on the GPS, the smartphone App and the online environment. I really had to search before I realized everything. Once that worked out, I became more positive. I like the robustness of the device itself, the accuracy and reliability. I don’t think I will use all the functionalities (such as Live Strava segments, no way ;-), but for others the wealth of functionalities of this small, robust, smart device will still be very attractive. And for € 150 euros it is quite a well-priced device.

But the Lezyne Super Pro GPS