The quality of the current generation of tents is really quite high, the finish is excellent and the bang for your buck ratio is above average. Above all, there is a lot on offer; how to make the right choice?

Manufacturers make this choice kind of easy, in a way; each tent has specific properties and with these properties you can begin filtering all the options towards your choice. An alpine climber has very different needs than the holiday makers who make a trip to the Mediterranean. Where one tent has to handle a thick pack of snow, the other has to have an excellent ventilation system.

There are a number of factors that determine the price and quality of a tent, such as fabric of tent cloth, the material used in the tent poles, how seams are made, zipper quality etc.

First of all, you need to determine the specific properties of a tent when choosing any type of tent. There are a number of categories we can identify.

Camping with your family generally means you’ll choose a place and stay there for a longer period. Pitching and packing quickly isn’t that much of an issue. Comfort and space are important. You need to be able to fit in several adults and children. You need some living space where you can sit and read a book when the rain comes down. Weight and are less important.

If you’re going on a bike-packing holiday/adventure by bike during your, every gram is too much. Bike tents should be quite compact when packed, but at the same time should provide adequate space for your luggage and/or bike while in use.

Moving from place to place, staying overnight, and then taking off the next day again, the tent packed into your backpack, you’ll need a tent that is easy to pitch, quick to pack, does not weigh too much and is compact. You’ll probably only be spending the night, so you just need enough space to fit you and your baggage (and any travel companion you may be on the trek with.

Once you stay in areas under extreme conditions, you need to choose an expedition specific tent. This will be easy and quick to set up, is storm and snowproof and will ventilate quite well. Tent poles need to be resistant to cold temperatures. pegs and lines really need to be able to handle extreme alpine and even polar conditions.

In this guide, we’ll be focusing on the more outdoor and action sports related tents, which are generally of one of two flavours: tunnel or dome.

Which flavour you choose is largely determined by what you’re going to do and where you’re going. But keep in mind that the perfect tent for all conditions does not exist. Different conditions ask for different tents. There is no tent that meets all your wishes and requirements. And if you do not intend to purchase multiple tents, you’ll have to weigh your priorities and make an informed choice. 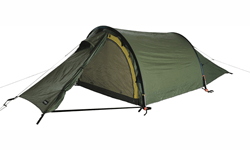 Tunnel tents combine a large living space with a low weight. They are made up of two to four tent poles, which can be different in length to achieve an optimal relationship between space, stability (wind) and material and as a result, weight.

In these kinds of tents, there will generally be a sleeping compartment that is in effect a complete separate tent, and an area large enough to store your luggage or to cook. For most models, you sleep in the longitudinal direction. Once set up, which generally is very straight forward, the tunnel tent is quite strong and stable. However, the disadvantage of tunnel tents is that you have to set them up and span the tent with lines and pegs well because they are not self-supporting. Preferably you would set-up the tent in the same direction the wind is blowing so it does not buffet the tent from the side. But both spanning the tent as setting it in a smart angle to the wind can be difficult, resulting in the fabric of the tent catching too much of the wind, the noise keeping you up a little too much in the night.

The framework of a dome tent consists of two or three poles that intersect at the highest point of the tent. The major advantage of this model is that the tent will support itself without lines or pegs. You can just set it up, and then see where you want to place your tent. Hamer in the pegs span the ropes and you’ll be secure.

Due to their construction, dome tents handle winds a bit better than tunnel tents. There are round, so the wind passes over the tent from any direction. However, that does not mean they are all storm-proof. Models, where the poles cross each other several times, are more storm proof. Dome tents are harder to set up with hard wind than tunnel tents. And in high winds, it is more difficult to set up a dome tent. The big disadvantage of the dome tent is that it offers relatively little space. Generally, there are no separate compartments for storage or cooking.

Tents are made of cotton, nylon or polyester. When do you choose what? 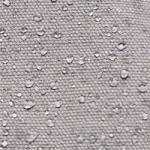 Back in the day, almost every tent was made of cotton, now you’ll hardly see any new tents produced of that material. Nevertheless, many people still prefer cotton tents because of the good breathability, ventilation, and durability. Of course, there are also disadvantages: a cotton tent is almost always larger and much heavier, and in addition to that cotton holds on to moisture

In many existing tents, the fabric is made of polycotton, a mix of cotton and polyester. This fabric combines the breathability of cotton with the fast drying properties of lightweight polyester. 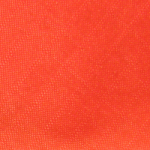 There are many tents of nylon, a synthetic fiber that has a lot of good qualities. Nylon is very light, very durable and is easy to fold into a small package. One disadvantage is that you are not well protected against UV radiation. Also, nylon is not naturally waterproof, but that is overcome by applying a PU or silicone coating. 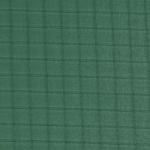 Polyester is a cheaper lightweight fiber than nylon, but with a shorter life span than nylon. Although it protects better from UV radiation than nylon, polyester is less strong, so it is often used in a heavier thickness to provide sufficient strength. This makes a polyester tent a bit heavier and less easy to handle. Also polyester is not waterproof and a PU or silicone coating is often applied to achieve that.

In addition to the material of the tent, the finish of the construction of the tent also determines the price-quality ratio. Seams are particularly important because that’s where the tent can tear the easiest, that’s where leaks are most likely to occur, and seams add weight to the tent. So you need a strong, watertight and preferable lightweight construction of seems.

In higher-end tents, double folded seams will generally be used, which are very strong. But they need to be watertight as well and that is where coatings also play an important role. Light trekking tents are made of nylon or polyester. As mentioned, these materials are not waterproof of themselves. Nylon and polyester fabric are therefore coated. A coating aims at ensuring that water that collects on the fabric does not seep into the yarn, but rather collects into droplets (more or less) and roles down the tent.

The most widely used material for this is polyurethane (PU). Because polyurethane is insufficiently resistant to the harmful effect of sunlight (UV radiation), PU coatings are applied to the inside of the cloth. Another disadvantage of PU-coated cloth is that it gets a bit stiff in cold weather. In addition to that, in the process of applying the coating to the fabric, which is done hot, it has a slight negative effect on the strength of the fibers.

However, it is relatively easy to tape the seams of a PU coated tent to make the seams waterproof. That is not the case with silicone based coatings, which are also used quite often. If there is a silicone coating on the cloth, the tape won’t stick. To still ensure that a seam is waterproof in these cases, a yarn is used with “mantle” of cotton. This causes the yarn to swell as soon as it gets wet and ensures water tightness. A bit counter-intuitive, we know. A seam sealer can also be used by applying it to the inside of a leaking seam.

Last but not least, silicone coated cloth is more expensive than PU-coated cloth so that will translate to the price of your tent.

Aluminium is a light and strong material used in quality tents. Although aluminum is very strong, this material may also break through extreme wind or misuse (kinking). Fortunately, you can easily repair this yourself with the supplied repair kit.

Another often used material is glass fiber, which is used mainly in less expensive tents. Cold and age can cause glass fiber to become brittle, it can then break and splinter which can damage the tent fabric where the poles are run through the fabric. Therefore, never use glass fiber in expedition tents.

Generically speaking there are four distinct types of “ground” to be distinguished which we’ve matched to the type of peg you would want to use on these types os surfaces:

What does hydrostatic head mean?