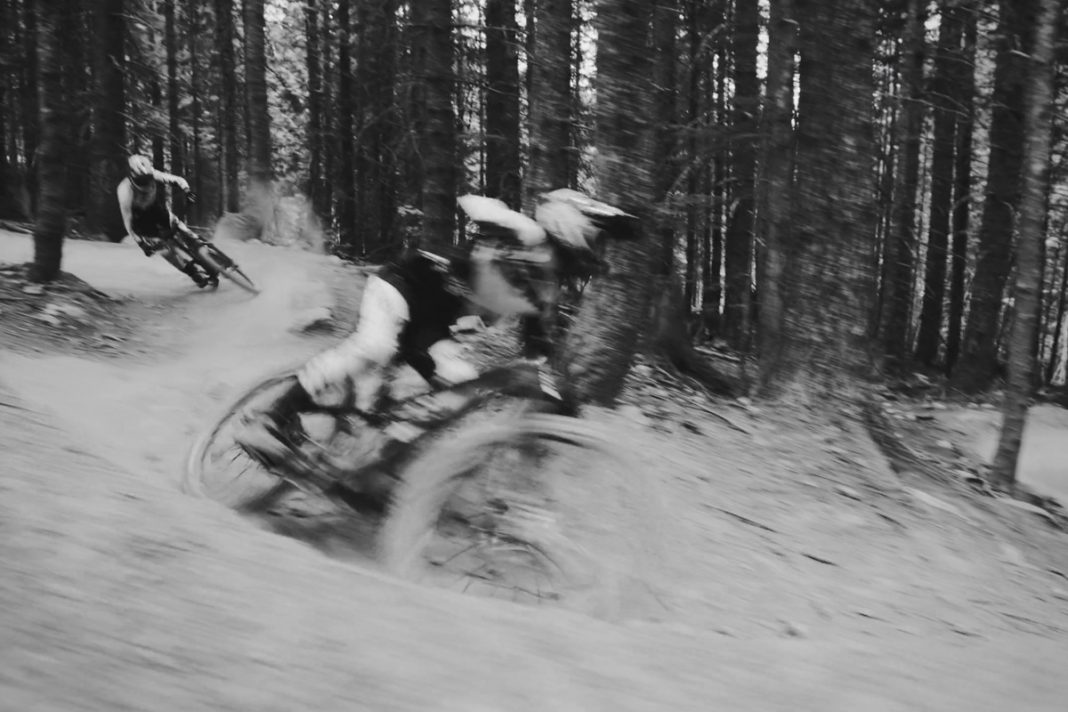 Canyon is launching the new Canyon Torque today and I was very curious how it would be. I rode the previous one in 2018 and it was a the “ride of a lifetime” in the hills near Girona with the unforgettable Jake Jackman and it was really delicious with the Torque ! A bicycle that can have so much, that dissolves so much for you and with which you feel balanced and safe.

Being based in the Netherlands, one of the flatest countries on earth, the Canyon Torque is not something we ride here a lot. But a three hours’ drive to our nearest bikepark in Winterberg, and just over the borders of our little countries we find the first hills and mountains we can ride. And the Torque is just made for bombing down anything the mountains throw at you; at least, if past results are a guarantee for future performance.

So how are the most important specifications? 27.5″ wheels in the front and rear, 180mm travel in the front and 175mm in the rear, 65 degrees head tube angle and a 74 degrees seat post angle. On the frame size Large the Torque has a reach of 460mm and 1216mm wheelbase. Everything on this bike shouts “Point me downhill, right now!”. Compared to the previous Torque, the geometry is virtually unchanged. The standover height is somewhat higher, and here and there some measurements that are a bit different. But even the componenst are very similar to the previous version; the newest versions of the components are of course used on the Torque.

The Canyon Torque is available in 5 versions, two with aluminum frames, the AL 5.0 and the AL 6.0 and three with carbon frames, the CF 7.0, CF 8.0 and CF 9.0. The differences between the models are in the assembly of dampers, group sets, brakes and wheels and of course the price differences follow the quality of components used. The AL 5.0 starts with € 2,299.00 and the CF 9.0 is available for € 4,799.00. Very reasonable prices as we are used to from Canyon.

Anyone expecting a new and improved Torque (like myself, to be honest) will be a bit disappointed. Not much has changed. New colors schemes of course, but actually it’s pretty much the same bike with the same price points. The question is whether that is bad thing in itself. Because in my experience the Torque was already a fantastic bike. Was it necessary to change a lot to make it even more perfect for that radical enduro or Bike Park riding? Not really. The Canyon Torque is jus simply a very good bike.