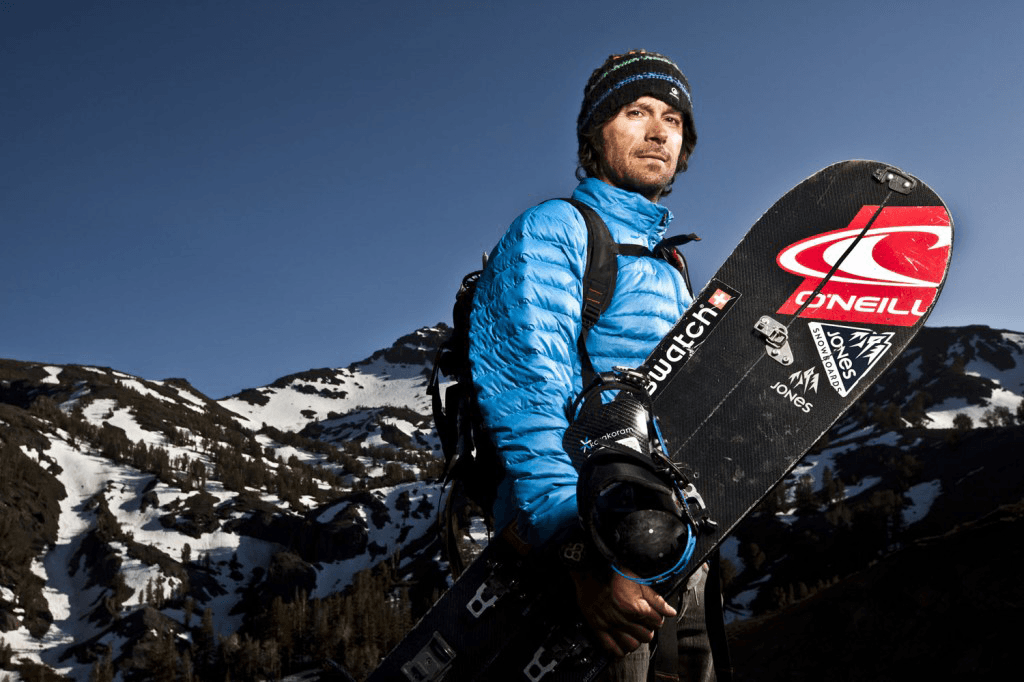 “The worse the snow, the better our stuff performs” – Jeremy Jones

The second part of Jeremy Jones’ Deeper, Further, Higher trilogy: Further premieres at Bitterzoet in Amsterdam on October 23. The two-year project was produced by Teton Gravity Research and presented by O’Neill. Shot in Japan, Norway, Austria, Alaska and California’s Sierra Mountains, this is Jones’ most ambitious film to date. Hiking and camping deep in the backcountry at the summits of some of the worlds most remote mountain terrain to access nearly vertical spines and wide-open powder fields using only human power to get up and down.

Together with Bas Rotgans from Powderchase we caught up with Jeremy during the premiere of “Further” in Amsterdam.

You have a sustainable vision on backcountry snowboarding. In 2010 you started Jones Snowboards. In what way do you apply sustainability in the production of your (split)boards?

During the development of our boards we have three aspects in mind; performance, durability and sustainability. When I’m snowboarding the performance of my gear is key and there is always a focus on making them better without giving up on durability. The past ten years I have worked closely with research/development teams on new designs and technologies. This gave me the insight I needed to design and develop my own snowboards with my vision. It’s not just the production; it’s also the mindset.

Regarding the production of snowboards there are a few concerns, the most toxic part of the board is the glue. Unfortunately this is still a necessary evil as it is an essential ‘part’. We’re going to need a few years to sort this out, but will get there in the end. For the rest of the board we can act more sustainable, we use FSC wood and apply recycled material for the sidewalls.

Sustainability is not only about the production of the board; it is also carrying out a mindset. To change the mindset of the people, we don’t tell our customers they need a new board every year. A lot of people tell me they need a new board, but they just need their current board revised.

A lot of manufacturers make you feel you need a new board every six months with a new (marketing) feature to the board, which supposedly makes a better board or a new skin design. Sustainable production is a dynamic process; at the moment it is not yet possible to build 100% sustainable boards. And as I said, it’s also the mindset that has to change.

What are the other brands doing for splitboarding?

Big manufacturers have no dedicated developers/backcountry snowboarders on their teams so their development of splitboards1 is not a priority. I’m sure that if a company like Burton decided to put more effort and money in to developing a splitboard , they would come up with a better product than we could. Split-boards are still in their infancy; there is still so much room for development in split-boards. Snowboarding needs more smaller businesses, by boarders, developing better products.

What’s the next step in snowboarding?

Freeriding is still, and will presumably remain the main stage for snowboarding. A few years ago you weren’t considered part of the snowboard scene if you didn’t do the latest tricks. Backcountry boarding is a whole different style. Backcountry boarding requires a lot of dedication and planning, its a lifestyle choice.

Backcountry has been very big for skiers for a while now, a lot of snowboarders switched to skiing because boards were not equipped for the backcountry. But with the evolvement of the splitboard the backcountry also became accessible for boarders. The film ‘Deeper’ showed more boarders that backcountry was a possibility for them and I hope we inspired them a bit to get back into the freeriding game.

Less people are snowboarding nowadays, most people and companies won’t admit it. But that’s fine, snowboarding has come back to a smaller core and maybe needs that to refocus on what it’s all about.

On your website we see snowboards, but also backpacks. Are there more Jones’ products to come?

Yes, we have boards and backpacks. To develop a new product, we want to really provide a great product. We could have launched products this year, but we didn’t feel they were a great product yet. For example we are developing an airbag, but for now we weren’t happy with the deployment system and decided to not introduce it. We don’t rush. We will only produce when it meets our standards.

1 A splitboard is a snowboard that can be separated into two ski-like parts used with climbing skins to ascend slopes the same way alpine touring or telemark skis are. The two halves can then be connected to form a regular snowboard for descent.