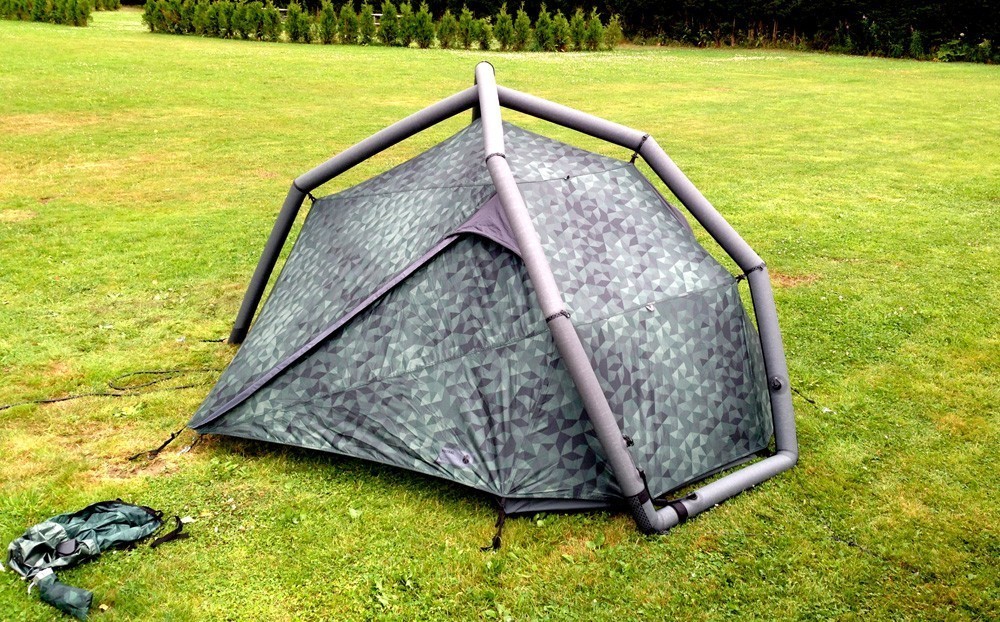 I saw Heimplanet inflatable tents for the first time in Friedrichshafen in July 2013. I was immediately impressed by the geodesic structure. A tent constructed from tubes that reminded me of surf kites. This year I got the chance to review the Heimplanet Fistral.

The Heimplanet Fistral is available in two colors: Seedpearl sand and – since 2015 a new color – Cairo Camo. This unique pattern design is inspired by the traditional Arabic patterns. The geometry and the particular combination of colors create a unique three-dimensional effect. It matches the color and texture of the surroundings and breaks up the visual outline of the object itself.

The Heimplanet Fistral Cairo Camo was our dwelling during a week of activities in the Belgian Ardennes in July. The weather conditions where diverse; wind, rain and sun. Temperatures vary from 14 to 30 degrees Celsius.

Heimplanet claims that setting up the tent is intuitive and pitching the tent is extremely fast. That’s one of the first features we were going to test. The total weight of the tent is 2,5 kilo and is stuffed like a sleeping bag with a pack size of 38 x 20 x 20 cm. The tent comes with aluminium pegs, repair kit, guy lines, adapter, pack sack and gear loft.

The simultaneous set-up of the legs, flysheet and inner tent is certainly a big pro. Heimplanet’s Multi Chamber Safety System divides the legs in two independent chambers in case of defect of one of the legs.

Simply roll out. Secure it with one peg, in case of wind; you don’t want to kite with it. Attach the pump to the valve and pump. Initially the pump struck me as being very small, but in less than one minute the tent was set. So it is intuitive and extremely fast pitching!

The surface area of the Fistral is 2,6 by 2,5 meter and it has a height of 1,3 meters (incl. airframe). The sleeping area is 1,2 by 2,4 meter. Which is OK for two people and leaves some some space for clothes, bags and other gear. The head-end of the inner tent is provided with storage pockets.

Two entrances and 2 vestibules with enough space to stuff your backpacks, climbing-, cooking-, hiking gear. The panorama view feature – as Heimplanet called itself – by rolling up both sides was used by for ventilating the tent every morning. A welcome feature 😉 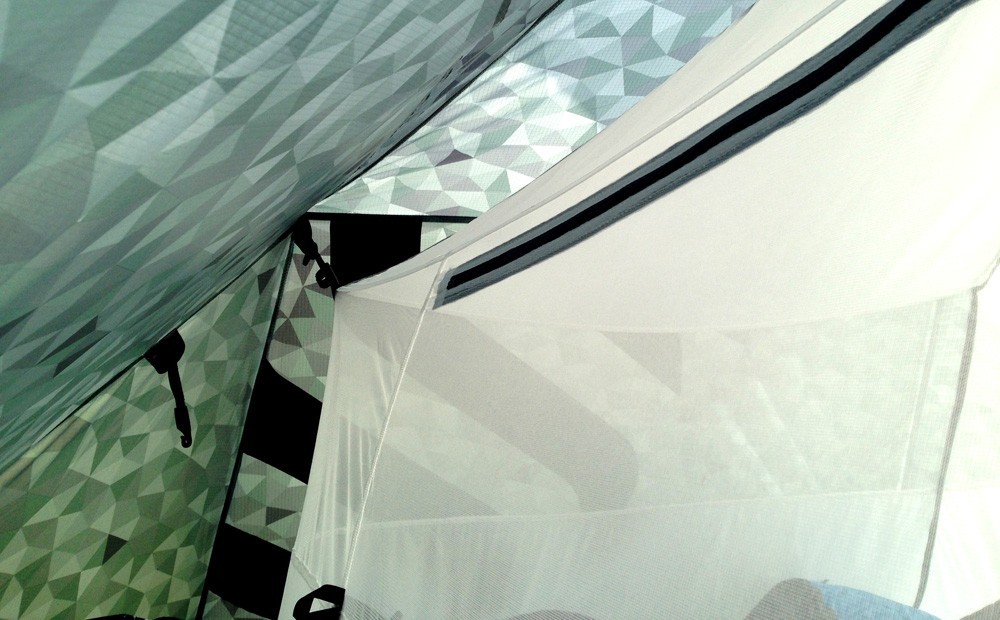 Heimplanet has given much attention to detail. Even the workmanship of the pegs is high-end. One point I want to comment on is that the pegs – because of light aluminium – are fragile. Although, there are two types of pegs. Pegs with a V-shape and pegs with an X-shape. The X-shape pegs are less fragile.