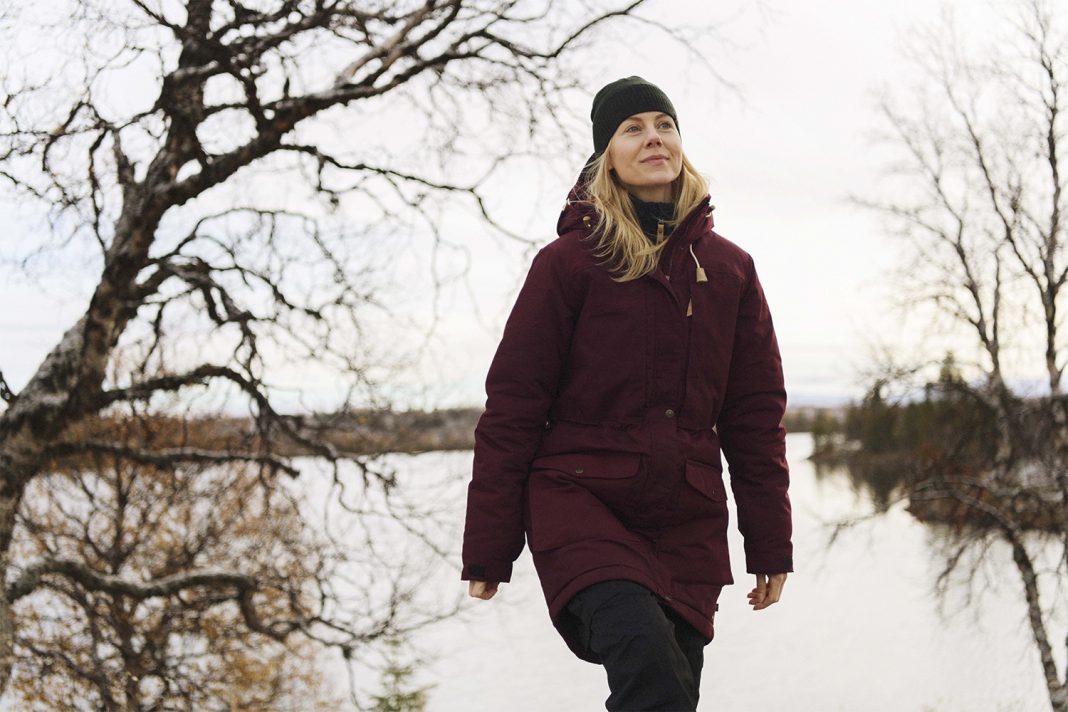 It all started with an expedition to Greenland, a few dissatisfied explorers and the pioneering spirit of Åke Nordin. The best way to introduce Fjällräven jackets and parkas is to sketch the story of the very first Fjällräven jacket ever.

In the summer of 1996, an expedition of Swedish and Norwegian alpinists and glacier researchers landed in the rugged mountain village of Kulusuk, located in southeastern Greenland. For a year and a half, they had meticulously prepared for the extreme challenges that the Arctic region would present them. One of the initiators, an experienced mountaineer, named Per Åke Sjöman, had met Åke Nordin, the founder of Fjällräven, for the first time a few years earlier. Sjöman provided sketches for tent designs and Åke, in turn, made custom-made double tents made of reinforced nylon for the expedition. Fjällräven also provided the group with backpacks and three smaller thermotents for the expedition.

When they arrived home six weeks later, the expedition submitted a written report confirming that the tents and backpacks had been successfully tested in “extremely harsh conditions”. The Fjällräven gear had passed the “surprisingly good” expedition stress test. However, there was one aspect that the group was dissatisfied with – the clothing provided to the team. The clothing came from suppliers other than Fjällräven and had not fully met expectations. They discussed this with Åke, who immediately saw the opportunity to solve a new challenge in the field of outdoor. He was going to make a jacket.

He remembered a substance he had once considered using for a tent, but had proved too heavy for that function. It turned out to be the perfect material for a jacket; the only thing that needed to be improved was the water-resistance of the material. He recalled his time as a ski jumper at Paradiskullen and remembered how he waited his turn at the start on top of the hill. While he waited with the other skiers, they waxed not only their skis but also their seat to keep away moisture and cold and thus kept the harsh winter weather at bay. Why not try the same with the material for his jacket? The famous G-1000 material, the Greenland Jacket and the Greenland Wax were born.