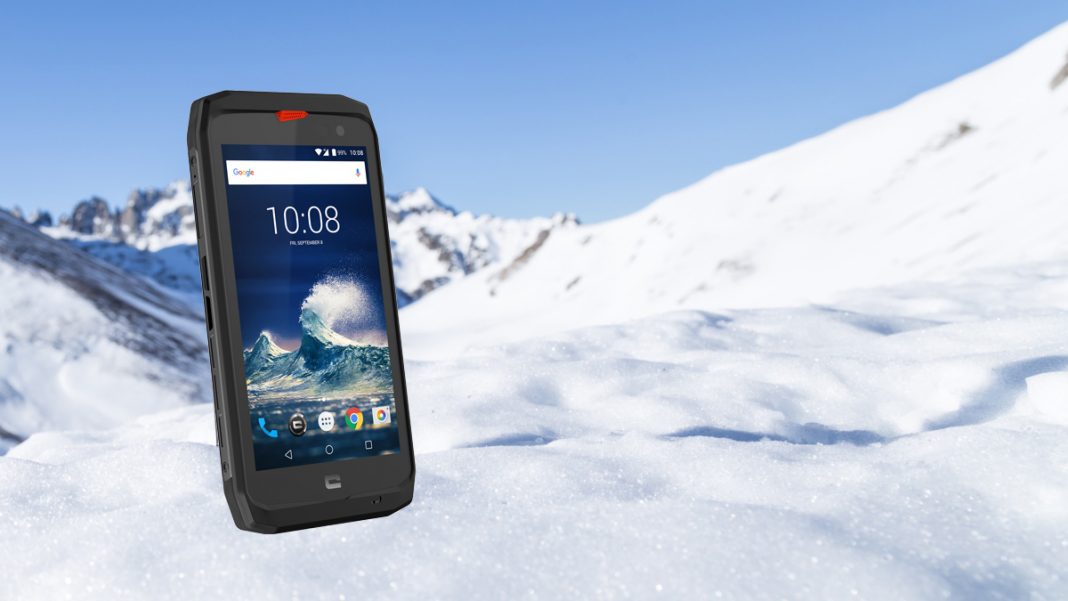 Crosscall smartphones. I had never heard of it, even though they are still available in the Netherlands – especially online. Yesterday we were in Paris for the launch of the latest Crosscall model, the Action-X3. The Action X3 will be a respite for outdoor and action sports athletes. A smartphone that is meant to be suitable for unpredictable environments. Ideal for climbers, mountain bikers, snowboarders, skiers, surfers, etc.

Crosscall started in 2009 by Cyril Vidal (CEO) from a personal need. As a water sports enthusiast, he was annoyed with the vulnerability and reliability of smartphones. The need for Cyril was twofold. On the one hand during sports and on the other side from a professional point of view. He was then employed in the construction world.

The past three years show a revenue growth of 2000% (!!). The team consists of 97 employees divided between 8 countries and is still growing. The total number of European sales outlets is 12,000. There will soon be more sales outlets in the Netherlands.

According to Crosscall, the Netherlands knows about 13.2 million active athletes aged 18 and over. The Netherlands has approximately 1.7 million sports bikers including 350,000 mountain bikers, 628,000 cyclists, 300,000 skateboarders. Also, the number of water sports enthusiasts (1 million) is significant, including 435,000 canoers, 341,000 sailors and about 129,000 kite-, wind- and golf surfers. Every outdoor athlete has his or her phone to bounce over the asphalt or sidewalk. That is more the target group on which Crosscall focuses. That means you!

At first glance, the Action-X3 seems to be its predecessors. Like the distinctive thicker edge and recognizable design. However, the Action X3 is significantly thinner, lighter and narrower. The power of the Action-X3 is that it’s “office-friendly,” but as easy as possible with the piste.

To find out if there if there would be interest in action smartphones, a market research was conducted to match the specifications to the needs. Several prototypes were needed, said Crosscall’s Product Management & Design Director ‘Bertrand Czaicki’. The Action-X3 glass can have a power of 230 kilograms for breaking. Meets the IP86 rating, which means that it is waterproof. The Action-X3 can be water-free for one hour in two feet and even 24 hours ‘survival’ in low water.

‘Crosscall positions the Action X3 as a midrange model. He is narrower, lighter and thinner than his predecessor, the Trekker-M1, and falls under the top model, the Trekker-X3 ‘, stated Ben Gal, Country Manager Benelux.

More specifications can be found here

To show the target audience that it does not remain a beautiful story, Crosscall has gathered a group of ambassadors, including Xavier de le Rue. At the launch were world champions snowboarding Anne-Flore Marxer, Mont Blanc mountain and rescue guide Jeff Mercier and mountain biker Cédric Gracia. Everyone has their own reason to use Crosscall smartphones.

Some accessories are available for the Action-X3. The Action-X3 features an ‘intelligent’ magnetic mount, the X-LINK. Crosscall has developed an accessory ecosystem. There is also the X-BIKE mount, with a guaranteed pull of 50 kg. A power cord, the X-POWER, is also available. The Action-X3 comes with water-resistant earbuds. The X-DOCK allows synchronization with your computer.

The price is what you can compete with compared to, for example, Apple and Samsung. The Crosscall Action-X3 is available in the Netherlands from November 24, and costs € 349, -. That does not include accessories.

We are impressed with what we have seen and heard. Now time to experience it ourselves. Stay tuned!