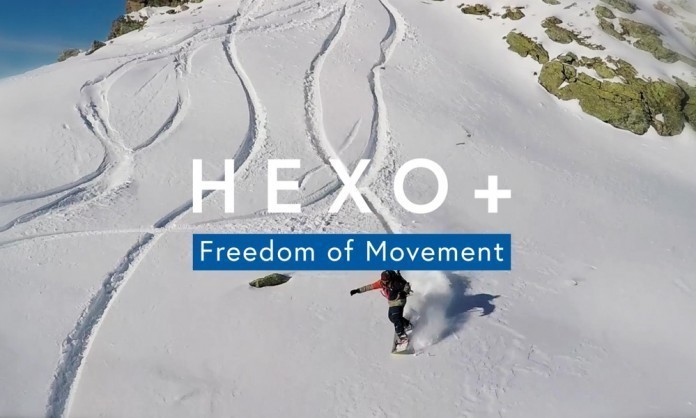 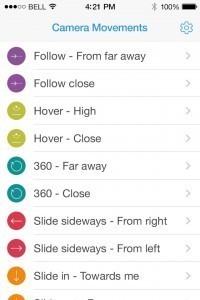 The Unique Selling Point that HexoPlus pushes, is that it is not just a drone following you around, but that it is in autonomous flying camera, which will realy film you in a cool, albeit predetermined way. There comes to cool part: through a mobile app, you’ll be able to give the HexoPlus instructions as to what kind of shots you want it to take: a sliding shot, flying away, hovering, 360 “selfie” and other camera movements. So you have to think before you do. But then when you see the results it should be really cool.

Just recently we posted an item about Lily a competitor of the Hexo+. One of the drawbacks of that drone, we pointed out, was the limited topspeed of 40kph, a lot of action sports would just be too quick for it and you would be in danger of loosing your camera. Well the Hexo+ solves the greatest part of that problem, boasting a topspeed of 70kph. Admittedly, that is also a limitation, many a skier wil have to slow down a bit, but it is a lot better.

Another difference is that while Lily has a built in camera, the Hexo+ van fit a GoPro Hero 4, so that adds really top level specs to the sum. 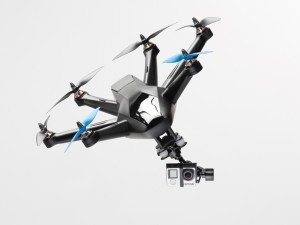 All this coolness doesn’t come cheap. The Hexoplus sells for a hefty $1349,-. The GoPro is not included. So add that to te package and you’re in for a sum that really comes quite close to 2000 dollars. Not too expensive for filmmakers probably, but for your average action sportsmen and women it’s a sum you would look at twice.

The Hexo+ mediakit presents a number of top athletes as ambassadors of the Hexo+, obviously De La Rue himself, but also,  Ted Liggety, John Jackson, Hannah Teter, Martin Söderström and others. Their claim is that if the Hexo+ is good enough for them, its good enough for you. Probably, but then again, maybe its too good.

One way or the other, we’ll be enjoying more and more great footage shot from a Hexo+ in the very near future.

And to conclude I will reshare two tiny points that pop into my mind:

‘How to’ with freeriding-pro Xavier de le Rue