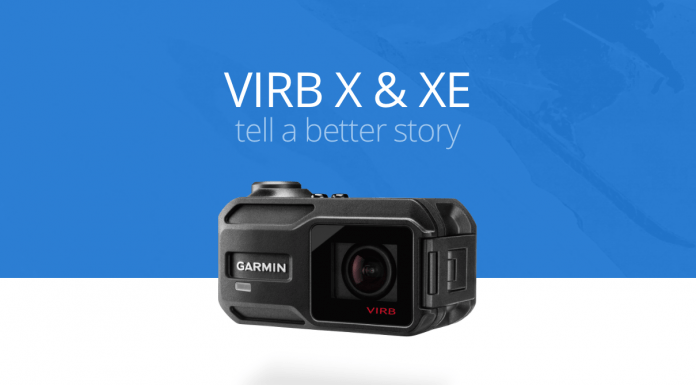 It wasn’t long ago that we tested the Garmin Virb Elite action camera. At that time one of our conclusion was that the unique selling point of the Garmin was the possibility of integrating GPS data with your footage. That made it possible to really tell the viewer more about what you’re raddest moments: how fast were you going? how high were you? was your heart rate off the chart? The camera didn’t excel as far as video specs were concerned, and the audio was just really poor.

It seems Garmin must have read our review (though, admittedly, it was published in Dutch) or, more likely it got more of this kind of feedback, and really is focusing on its core strengt: data. With the release of the Garmin X and XE, it has pushed the role of data even more to the forefront. “Without data, it’s just video” is summarizes explains this focus on video. And I do get that. Video is and always has been, about telling a story. Stats and graphic overlays add context and conversely, strength to the narrative of the video.

The data sets that can be included in your video with the Garmin G-Metrix system, include data that the camera itself van generate from the built in GPS Sensors,

and data that can be included by integrating sensor data from other connected Garmin Device’s:

As you can see, it is quite the list of data, relevant for different kind of sports.

Fortunately, Garmin has also upped the video specs, boasting frame rates of 60fps at 1080p and 30fps at 1440 (only on the XE) With the 60fps you can actually included a fair slomotion sequence in your edit. But to be honest, it is really the least you would expect from a action camera nowadays. 120fps at 1080 would be even better. There are also other video specs (such as the ability to change the white balance settings) that are worth mentioning, but you can check the Garmin X site for that. We won’t get into them know, because specs don’t tell the whole story either.

What I am curious about, and we won’t know until we test the new camera, is for example how audio holds up. With the Virb Elite you would get a fish eyre kind of distortion at the edge of the images. Has that been solved? Garmin have traded the more streamlined flashlight like design for the square form that echoes the GoPro. I am curious s to why they made that choice.

What has remained unchanged, is that the Garmin is waterproof without an outer casing, and with the new X and XE the waterproof range is up to 50 meters. That is deeper than I’ll ever go, for sure. I liked that a lot about the Virb. No hassle with back doors, the inside of casings fogging up etcetera. What they dropped is the 1,4 inch “Chroma” screen. Not something you will really missing, seeing as looking at a screen while mid action can be a bit dangerous, to say the least.

I am really looking forward to finding out more about the Virb XE and putting it through its paces. Hopefully we’ll be able to get our hands on one soon and we’ll update you as soon as we do. I am still a big fan of data integration with video, and if the new edition of this camera makes that even easier with better video quality, I’ll give them a huge thumbs up.

By guest blogger: Michael Geesink Light but very light. The lightest trail shoes I have ever worn. That's at the expense...
Read
English

This post was originally done in june 2017. But we just love this trip so much we had to share...
Read

Garmin has just launched its new smartwatches - the fenix 5 Plus series. The Fenix ​​5S Plus, Fenix ​​5 Plus...
Read more
Advertisment