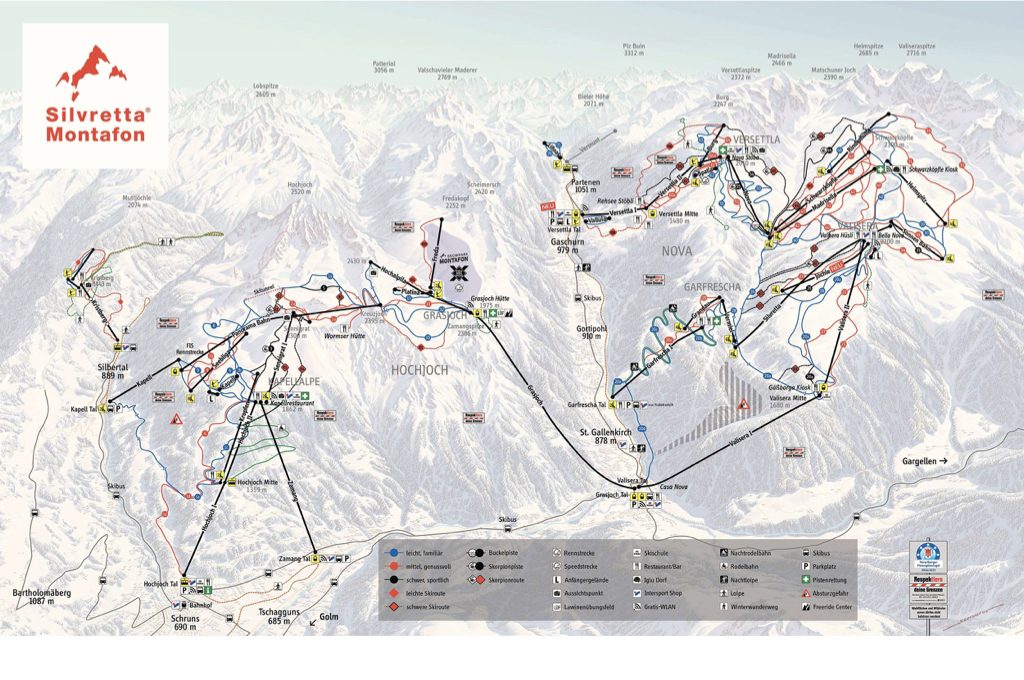 There is a lot to choose from in this area, six base stations serving five mountain areas from Kristberg with only three pistes, to Vallsera with countless red and blue runs. Looking at where we could expect the best snow and sun conditions combined with not too much other people on the pistes so we could do and film for our ski and snowboard tests, we chose the Grasjoch Bahn. The new and fast gondola took us from the Grasjoch Tal to the Grasjoch Hütte at 1975 meters. From there we could take the Hochalpila lift to the highest lift station at 2430m).

The sky was blue, the snow was bliss. Beautifully prepared corduroy pistes and powder along the slopes around them. Great conditions for testing skis and snowboards. We were able to have a long, intensive and very productive day doing many runs to feel and film all the material well. 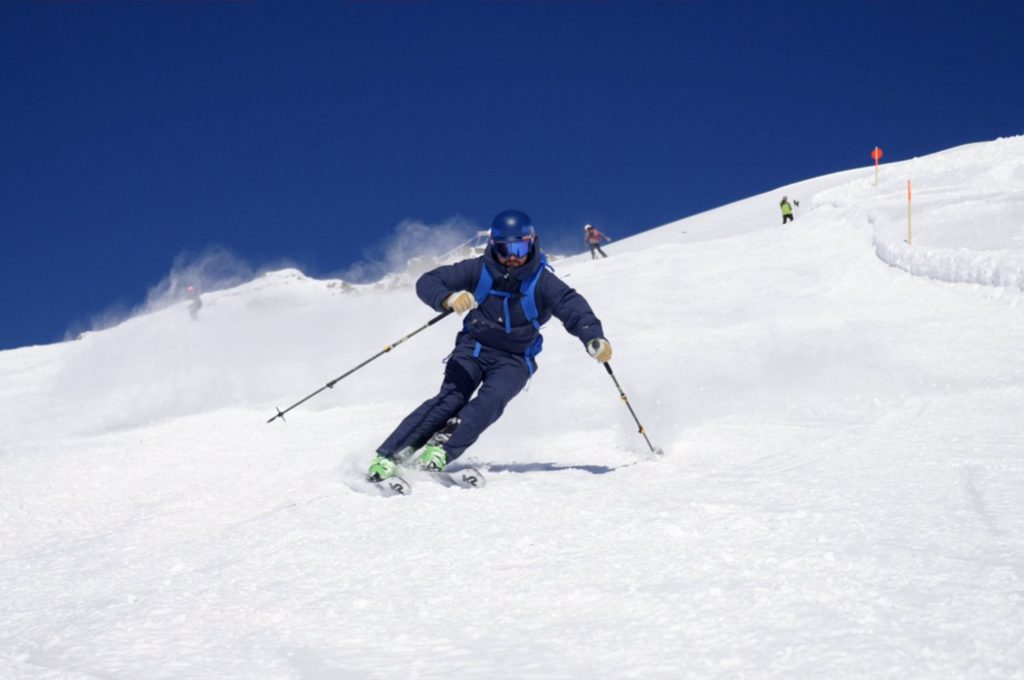 The amount of skis that we did that day limited us in the freedom of movement that the area actually deserves. We had 9 pairs os ski’s to test and film with only one skier to ride them seeing as our second ski tester had fallen quite hard in the low visibility snow blizzards of Gargellen the day before.

Fortunately we had fewer snowboards to do, and Dees, our snowboard tester, was able to explore the area. She crossed to the neighboring Kapellalpe and the Hochjoch bahn area’s, where there was much more loveliness on pistes at all levels. She swung by and the Snowpark Montafon, just to the side of the Grasjoch, which unfortunately was closed at that time but which should be a paradise for freestylers. 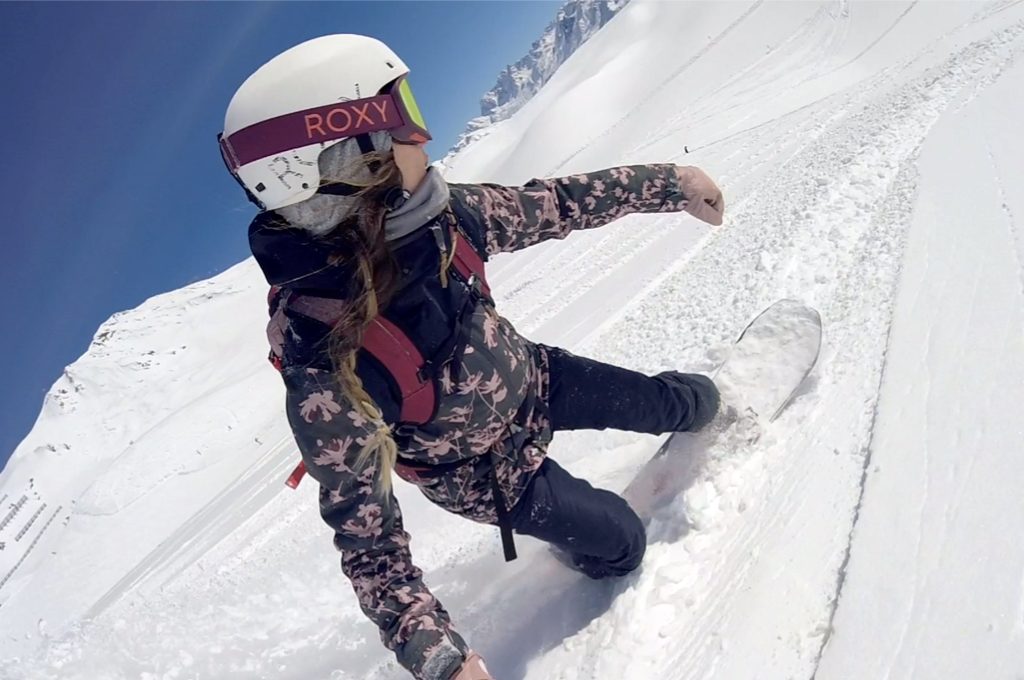 At the end of the day, with all the ski’s done, we did one last unrestrained run, a delicious off-spite descents starting and ending on the pistes. The Grasjoch gondola does not have a valley descent, so if you want to make one of those legs-burning-end-of-day descents to the valley floor, then you can crossover to Kapellalpe and Hochjoch bomb down to finally arrive at the Hochjoch Tal station. There you can then take the ski bus to which other valley station you may need to go. 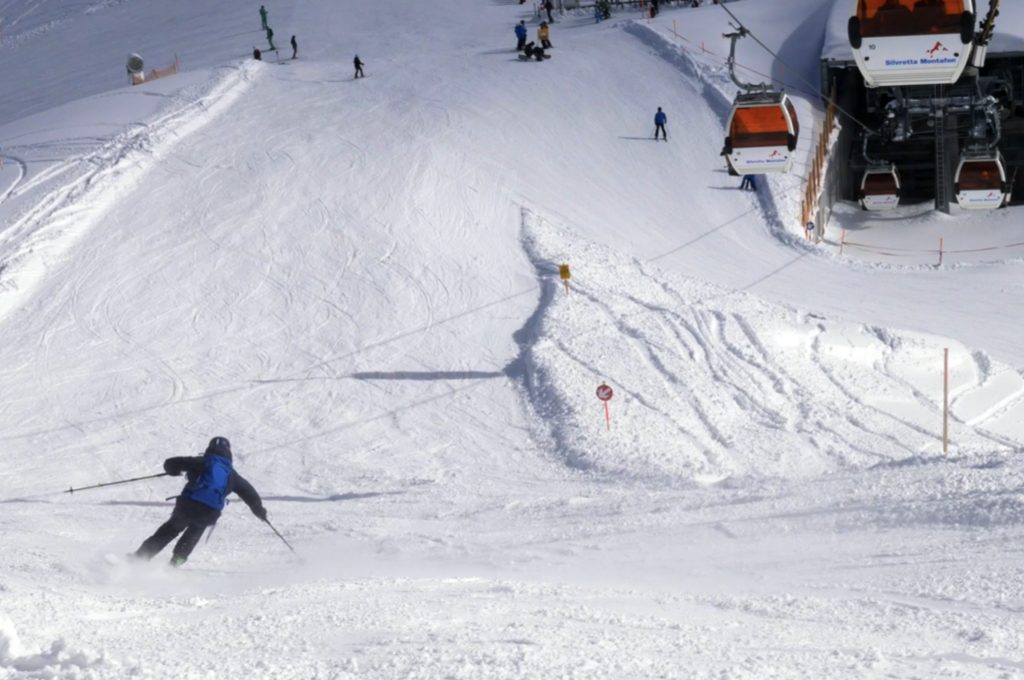 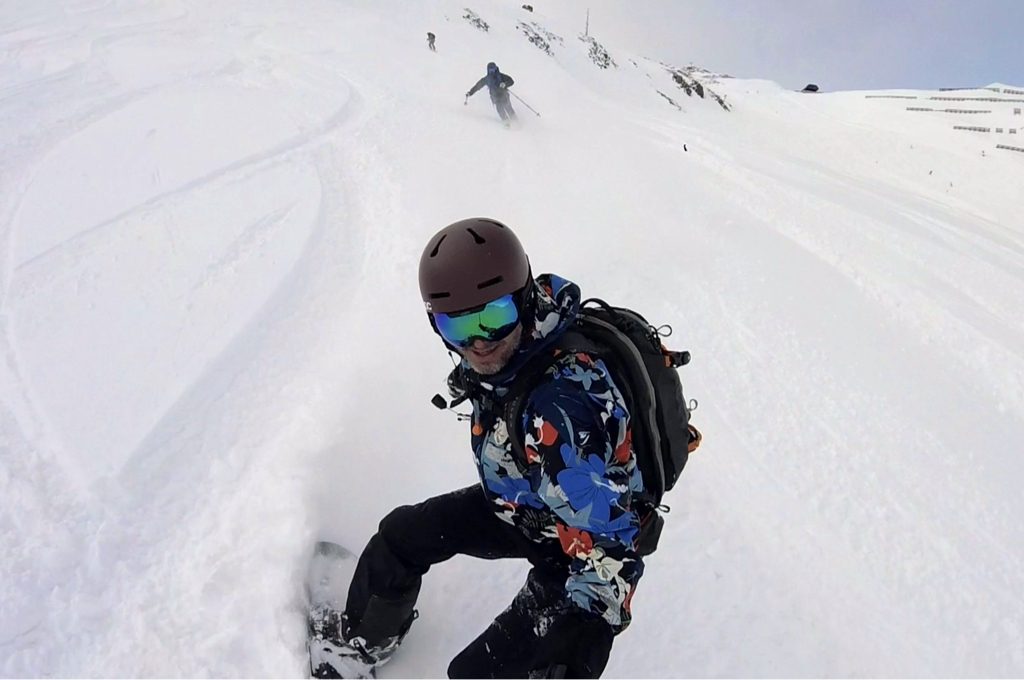 What remained after a sunny day with beautiful snow was the impression of a very beautiful and vast area, where on a week’s holiday with 16 gondola, 25 chairs and 16 tow lifts, you can tour the area really well without having to visit the same piste too often. With almost 100 km of blue, almost 70 km of red and almost 20 km of black, there is also enough for every skiing level.

In part three we go to a smaller area in Montafon Golm. See you there!