With the Forest Ranger through the Fochteloërveen

This spring we did a promotion on Facebook together with Hanwag, Royal Robbins and Primus where you could win a micro adventure in the Fochteloërveen in Friesland, the Netherlands. This micro adventure was under the inspiring leadership of Marten Pothof, Forester of Nature Monuments and responsible for this beautiful peat area. We received more than 120 applications in just one week, and in the end Michael and Laura were the lucky winners of this special prize.

We meet each other at the train station in Assen, where we are picked up by Forester Marten with his 50-year-old Landrover. First he shows us the Slokkert stream valley. A beautiful nature reserve that lies next to the Fochteloërveen, and through which we drive by car on a dirt road. The stream valley is a very old valley that no stream flows through nowadays, but that will be restored in the coming years by landowner Natuurmonumenten. The valley originated as drainage of the Fochteloërveen. Today it is a vast nature reserve, with characteristic woodwalls and hardly any horizon pollution. Many species of birds live and breed, but for example also deer, roe deer, badgers and beavers. After the stream valley we arrive in Veenhuizen. This is also a separate place. In 1832 3 large institutions for beggars, vagrants and orphans were built, which later became prisons. The prisoners were put to work in the village, so spells were placed on all buildings to inspire the prisoners to stay on the right path. At present, around 1,000 detainees still live in Veenhuizen. From Veenhuizen we finally went into the Fochteloërveen.

The Fochteloërveen is a unique nature reserve in the Netherlands. There used to be a lot of peat bogs in the Netherlands. Between the 15th and 19th centuries, 94% of that peat bog was excavated to make the fuel peat; or the groundwater level was kept artificially low to turn it into meadows. Fochteloërveen is one of the few places that is still looks the way the Netherlands once looked. A swampy grass landscape that looks a lot like a steppe. Because this area is so unique, Fochteloërveen is a Natura 2000 area; a nature reserve that enjoys the highest form of protection. The area is quiet, large, vast and untouched, which is why there are species of animals that you see (almost) nowhere in the Netherlands, such as the crane, the osprey and numerous smalll animals and plants. We really wanted to see that crane. There are now 17 couples active in the area. That means 34 large birds; you should be able to find them you would say. But it is not that easy, given the vast expanse of this area and the breeding season that keeps half the population on the ground.

We first walk through the woods on the edge of the peat. It is wonderful to walk here, nature is really beautiful. You hear no sounds other than those of birds, or twigs that break under your feet. We have all received a pair of beautiful shoes from the German shoe brand Hanwag. Without having walked them in, I went on the road with it. The shoes are very comfortable; perfect fit for my bit wide reading, and no blisters after 30 km of walking. Furthermore, they feel light and I have a good grip on the unpaved terrain. We will publish reviews of the Hanwag shoes later.

Marten tells us everything about all the big and small animals and plants that live in the area. We see many species of birds, but unfortunately no cranes or osprey. You walk straight through the peat, over a landscaped and higher path. You are not allowed to leave the path here, because of the protected status, but also because the terrain is so soggy that you can easily get stuck.

When we have crossed the peat and are just outside the Natura 2000 area, it is time to prepare a decent dinner. We got the Primetech Stove Set from Primus, including a Cutting Set consisting of a lightweight cutting board and a really razor-sharp chef’s knife. The water for our pasta really boils in no time, despite the cold water and the wind present. Reviews are also coming from Primus stuff.

We eat a delicious meal, drink a beer and clean up our mess; we only leave footprints. Now we have to find a place where we can spend the night. Of course you are not allowed to camp wild here (and certainly not in Fochteloërveen). Forrester Marten has made an exception for this occasion. We pitch our tents a few hundred meters from the peat. Then we walk at a really beautiful sunset to the edge of the forest where the peat begins to see if we can still see something of that shy crane. We don’t see that, but we hear it very clearly. You quickly recognize the sound of a crane. It is a shrill screaming, clapping and singing. You can hear it well in the film.

We have a short night in our tents and wake up the next day from an overactive cuckoo and again cranes. Ripe stands on the grass and our tents, the morning mist hangs between the trees and the bushes. A great way to wake up. We pack our camp again and are surprised by a few wild horses who come to take a look. They look at us for a moment and then run cheerfully through the area.

Then we leave for the “Seven”. This is an 18 meter high lookout tower in the shape of a 7, which gives a beautiful view over the entire Fochteloërveen. Now it becomes really clear how large the area is. At the bottom of the 7 we make a nice breakfast with fried eggs, bread, coffee and tea on the handy things from Primus. In the meantime I am taken over by the insects present. We all wear beautiful clothes from Royal Robbins, (also those reviews upcoming) but I was the only one who did not wear insect-proof clothing. The result is more than 40 tickling bumps, while the rest is not bothered by anything …

We continue our journey, because we want to walk another 15 km around the peat. Soon we see cranes in a meadow. We also see one fly. Or not, they are foraging storks. When we turn around Marten sees a few birds from a great distance. And yes, these are cranes. They are in a field about 300 meters from us. To see this, you probably have to be a forest ranger. Fortunately we have good binoculars and long lenses with us.

We then follow our path and soon come across a very beautiful fox. The little fox is not afraid of us and is busy with something more important, a mouse. With a characteristic leap, he grabs the mouse and scoops it inside. Later we see another group of horses galloping through the marshy area and we see buzzards and storks again. Extremely beautiful!

Nature in the Netherlands can not be taken for granted

We realize that it is quite special that we are in a place that has looked more or less the same for thousands of years. A place where rare animals and plants live and where you have no horizon pollution or where you can hear a highway for example. And this is only 10 minutes from the city of Assen. The question arises as to whether these types of areas should not simply remain nature without being touched by humans. The answer to this is surprisingly paradoxical. If we let nature take its course here, the area will break down pretty quickly. The water level must be kept artificially high and the encroaching forest must be stopped, and even cut down for the snakes and lizards present. In addition, the area must be accessible to the public, says Marten. People must be able to enjoy nature. If that is not possible, then people will make much less effort to protect it by, for example, becoming a member of Natuurmonumenten. And that is just as important for the preservation of nature, because maintenance costs money. It is about the way in which we deal with nature. With a little respect and common sense you will get a long way. Just clean up your own mess. Respect the rules that exist and do not go off the paths (anyway wise in this swampy area). Of course we wanted to make nice recordings with the drone, but we didn’t do that because of the breeding (crane) birds. Too bad for our video, but better for nature.

About 20 hours after our departure from Assen we arrive in Veenhuizen again and the micro adventure is already over. It is amazing to see how quickly you adapt to being outside and what it does to you. It is wonderful to forget about normal daily life and to live with your thoughts in the “now”. And it feels like we have been away for at least a weekend, while it was only a short trip. Fully charged, everyone goes their way again, to new adventures! 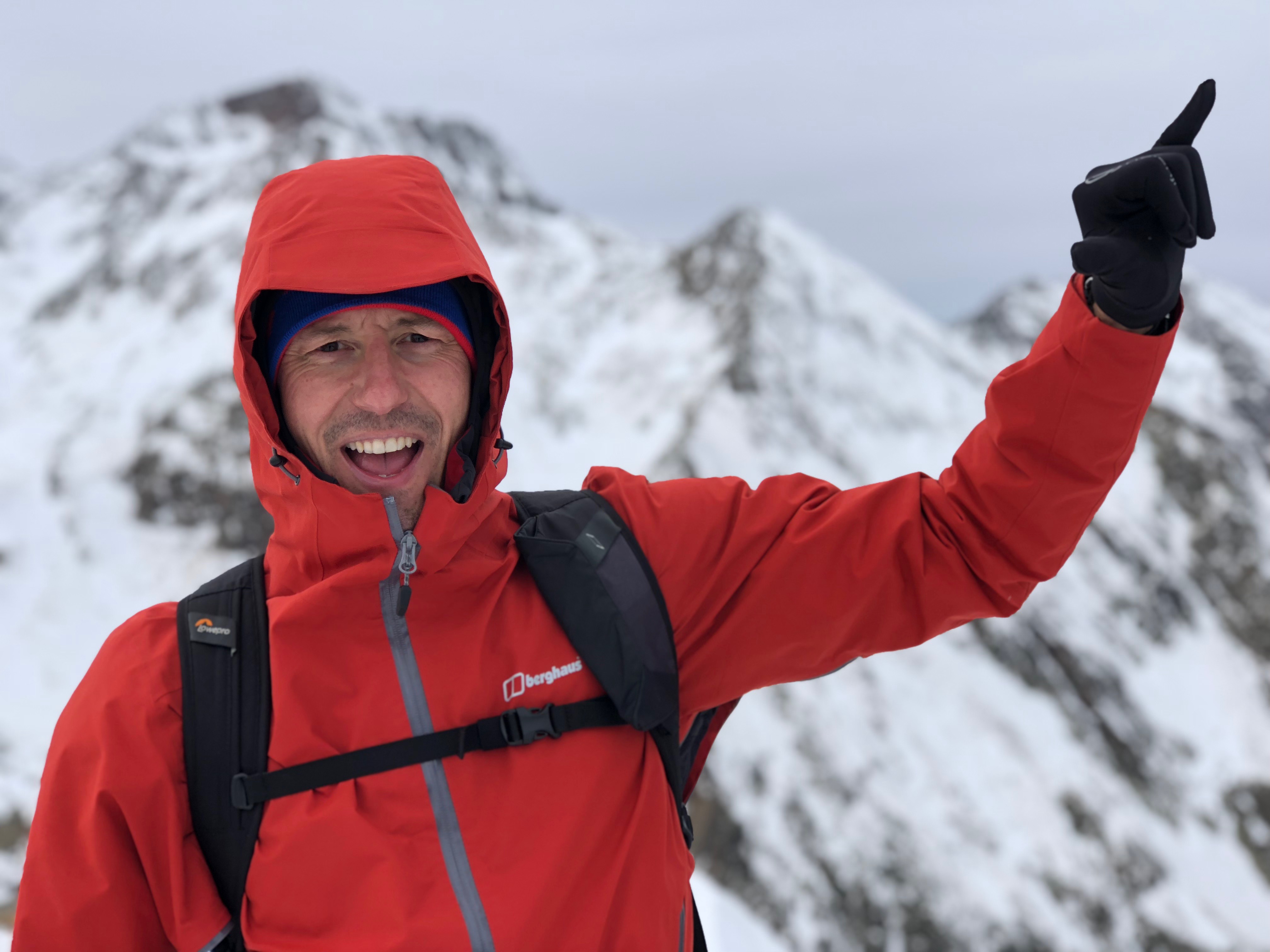 The great thing about sleeping in a tent is that you can basically sleep anywhere you want, at least if...
Pants