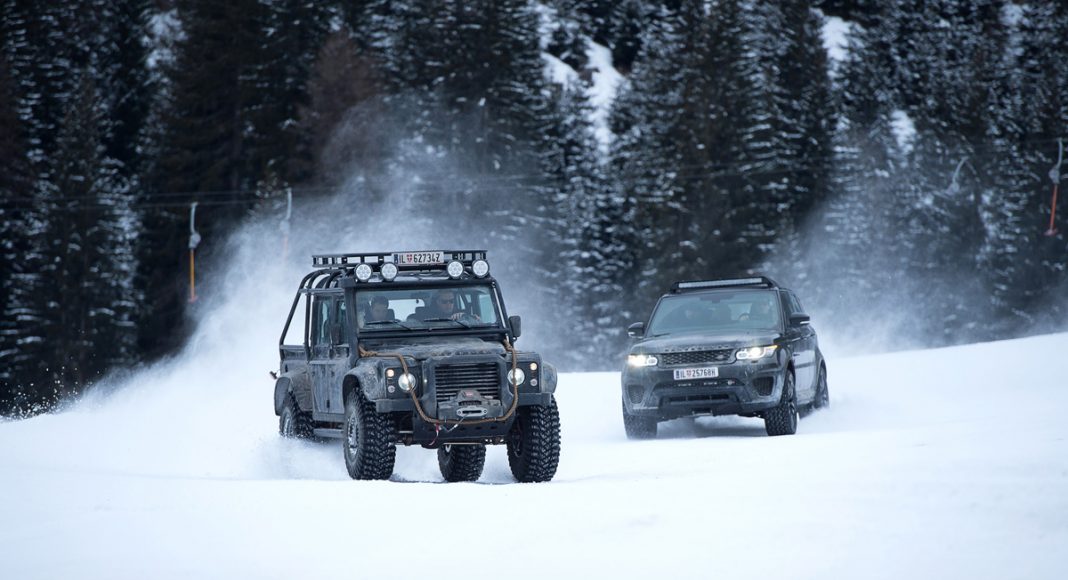 As a Bond fan, I already mentioned my interest in – outdoor & action sports worthy – Bond locations. Like that of Spectre at the top of the Gaislachkogl at 3,050 meters in Sölden (Austria) where the permanent exhibition 007 Elements is housed. 007 Elements is state-of-the-art and interactive experience centre that is completely dedicated to James Bond, located next to restaurant Ice Q, which was used in the film Specter as the ‘Hoffler Klinik’.

I also wrote earlier that motorised 4WD off-road driving also makes my heart beat faster. And preferably with a Land Rover Defender. If this two – Bond and Land Rover are also combined, it makes my day.

Jaguar Land Rover and 007 Elements have entered into a three-year partnership. A bit about 007 Elements, visitors can fully immerse themselves in the world of James Bond.

Interactive displays with technical information about Jaguar and Land Rover are also part of the experience, as are the Land Rover Defender and the Range Rover Sport SVR used in Spectre.

Visitors also get to know the latest technology from Jaguar Land Rover, such as the 90 kWh lithium-ion battery pack and artificial intelligence systems from the electrically powered Jaguar I-PACE.

These techniques have also been used for the Jaguar C-X75 concept car that surfaced in Spectre in the heart-pounding chase scene across Rome.

Models from Jaguar and Land Rover have been making an appearance in nine Bond films since 1983. The first was Octopussy, in which protagonist Roger Moore made a savage escape in a Range Rover Classic, driven by Bond-girl Bianca (Tina Hudson).

Mark Cameron, Jaguar Land Rover Experiential Marketing Director, said: “From one British icon to another, Jaguar Land Rover is proud to be part of 007 ELEMENTS, the new James Bond experience. We have collaborated with EON Productions and Cable Car Companies to showcase our Bond vehicles and latest technologies in this unique installation overlooking the Ötztal Alps.”

Before the summer holidays, I already shared a preview and first impressions of the Land Rover Explore Smartphone. You can...
Read more
Advertisment