Surflegend Laird Hamilton crossed the channel with a surfboard and a paddle in 2006 and since then the popularity of the Stand Up Paddle, SUP for short, has increased. Stand Up Paddle originated in Hawaii. Surf instructors accompany their students on the water standing on a surfboard with a paddle.

In Belgium and the Netherlands SUP is a fast growing sport. This is also not surprising when you consider that the sport can be practiced at sea, on rivers, canals, ditches and lakes. You basically do not need more than a board and a paddle.

If you want to purchase a SUP board, you can choose from dozens of brands. These also have a multitude of sizes and models. What do you pay attention to when buying a SUP board. In the first instance, the ‘type’ SUP is important.

Stand Up Paddle boards are available in various materials. Shortly after the turn: the lighter the better, if you take into account the stiffness and impact resistance of the SUP. In addition, lighter boards are often more expensive, so there is a trade-off. In addition to traditional materials such as carbon and glass fiber, there are softtops that are cheap and impact-resistant. A distinction is made between SUP boards that are made for different disciplines: 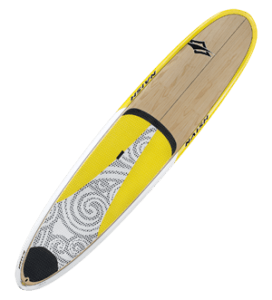 The name actually says enough. With these SUP boards you can do everything. You can get away with it on flat water as well as in the waves. One SUP will feel better at home in the waves than any other all-round SUP, which of course applies exactly the same for flat water. For the waves the SUP should be shorter and wider, combined with a rounder outline. In addition, this SUP will also have a warmer rocker line, which will benefit the ease of use.

Within the Allround SUPs group, you also encounter so-called soft tops. These stand-up paddle boards are on average cheaper and are very impact-resistant due to the construction of the SUP. O.a. it is therefore very suitable for beginning suppers and family use. 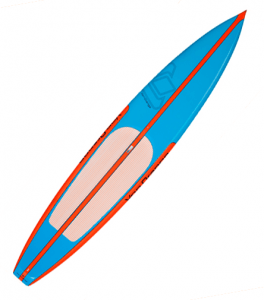 This is also called the touring SUP. This stand UP paddle boards are characterized by extra length and are often narrower. You need the extra length in your SUP for the ‘glide’. Extra length with a vessel slides more easily through the water. When the race SUP is also narrow, the speed will only increase. When you are sure that you will only supple on flat water, the choice for a raceSUP is very logical. The distance you travel with respect to for example an all-round SUP is much greater. 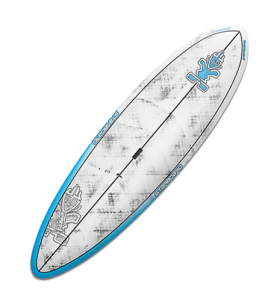 This SUP is of course made for waves. They are short, round and have a rounder scoop in the rockerline. The wavespot and experience are among other things decisive for the final choice. 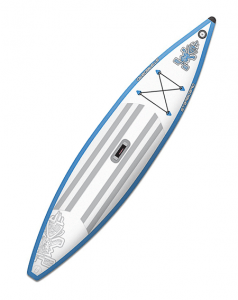 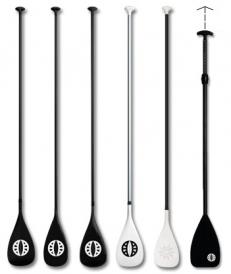 Just like a SUP board, the paddles are also available in different types of sizes, budget, compositions and specifically tailored to each SUP discipline. Plastic aluminium paddles are generally cheaper than for example carbon fibre.

Paddles made of glasfibreer, kevlar and carbon are lighter and perform better. Paddles for SUP are equipped with a bend (elbow) in the handle for maximum efficiency. Choose a paddle that is between 15 and 20 cm longer than yourself.