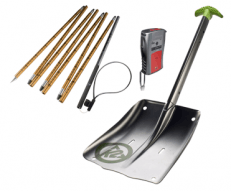 Finding an avalanche victim quickly is vital. After 18 minutes of being buried, the survival chance of avalanche victims plummets. So ‘friends rescue’ is the only real option, the professional mountain rescue will almost always be too late! The three essentials to enable avalanche rescue are: 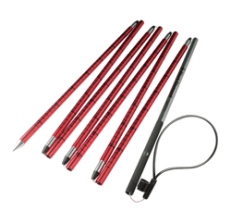 An avalanche probe is a long ‘stick’, resembling a tent pole that is used to fin the exact location of an avalanche victim. Despite the precision of modern avalanche transceivers, the use of a probe is very important to make sure that you are not in the wrong place.

Because avalanche transceivers work with radio waves (these are oval and do not necessarily have to come out of the snow exactly above the beacon), it could be possible, if you don’t use the probe to be digging just beside the victim. Because digging takes the most time in a search operation, it is important to know that you are digging in the right place. For this, the probe is essential. 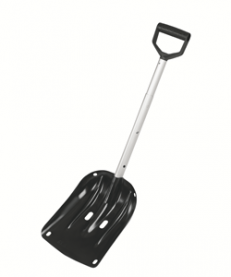 To find an avalanche victim quickly after being swept under the snow a shovel is of vital importance. Without a shovel it is simply impossible to get someone out of the snow in the near future. Despite the use of an avalanche transceiver, a victim is still likely to die if his rescuers do not have shovels. You will really need to move a lot of snow. Digging with skis or a snowboard is much less effective and lasts a lot longer.

Snow shovels are made by various brands in plastic, carbon and aluminium variants. The best choice would be aluminium. This is because they are much less likely to break in the hard-packed snow. Plastic and carbon shovels have been known to break.

In addition to the fact that avalanche shovels are of vital importance to off-piste skiers and snowboarders, these shovels also come in handy for digging out the car after heavy snowfall. These small shovels are ideal for winter sports.