Gearlimits in action: Raising money on the gravelbike across England and Scotland for the Amazon 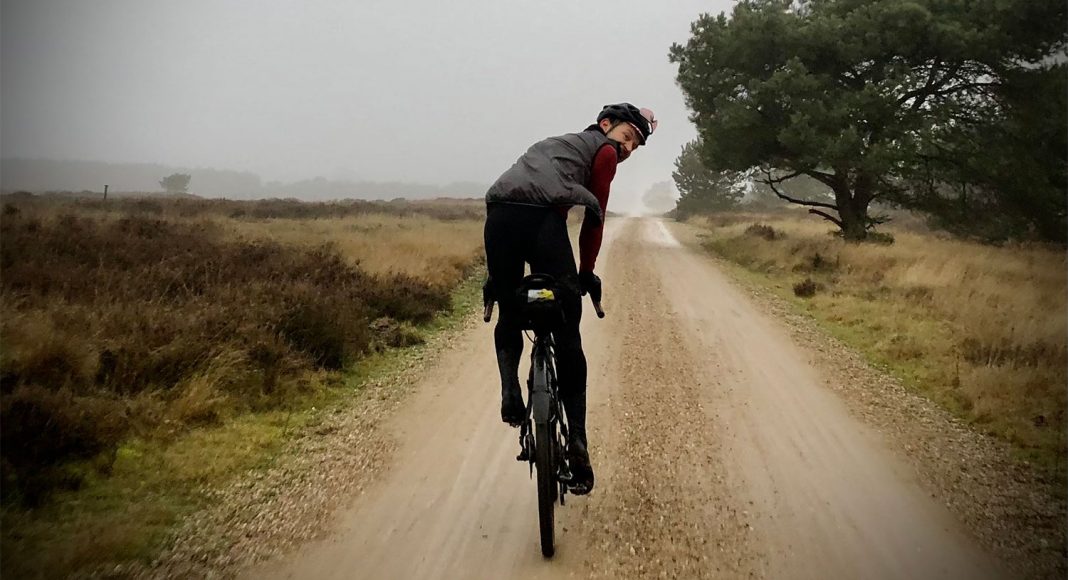 From 20-30 April Gearlimits contributor Albin Bronkhorst will cycle solo across the English continent on a gravelbike in only 10 days: from Land’s End in Cornwall to John O’ Groats in Scotland. The total route is 1,882 kilometers, more than 18,000 vertical meters and is partly unpaved.

Albin rides to raise money for the Amazon, the lungs of our planet. The money will be donated in full to the World Wildlife Fund. Gearlimits will report on the ride before and during the tour.

Towards a better planet

“What once started as an alternative to rowing grew into a fanatical hobby. The combination of freedom and being outdoors is great. In the middle of nature, preferably before dawn, the wind and rain in your face, is a fantastic feeling. In recent years, cycling has taken on increasingly extreme proportions. As a result, I cycle more than 10,000 kilometers a year, mainly in the Netherlands.”

In 2021, Albin bought a new gravel bike (RodeoLabs Flaanimal), that he’ll be using to cycle more to and abroad. This will be his second big adventure on the gravel bike. In January he already drove a 350 km long gravel ride around Paris.

Cycling across the United Kingdom is a long-cherished wish. By car it can be done ‘simply and fast’ in approximately 1.340 kilometers. But Albin added more than 500 kilometers, and will drive via the most scenic roads from southwest England to the north of Scotland.

The Amazon is burning

With an area of 6.7 million square kilometers, the Amazon is the largest jungle in the world. About 10% of all plant and animal species worldwide live in this special region, which covers nine countries. The Amazon river is nearly 7,000 kilometers long and contains the largest number of freshwater fish species in the world. There are also about 35 million people who depend on the area for food, raw materials and water.

Unfortunately, the Amazon region is hit by forest fires every year. In recent years, increasingly devastating: tens of thousands of square kilometers of forest went up in flames. A large part of these fires are not caused by natural causes, but are ignited. To make land suitable for livestock and agriculture, areas of forest and savanna are set on fire. These fires can quickly increase in number and intensity due to drought and high winds. Then they are almost impossible to extinguish. WWF is committed to the Amazon, with the goal of ending deforestation in the Amazon by 2030.

Does your heart beat faster reading all this action? And do you want to contribute to a healthy planet? Then donate a small (or larger) amount to WWF. This is possible through the campaign that Albin has published on GoFundMe. He will pay for his own accommodation, food and transport, so the entire proceeds of the campaign go directly to WWF.

Towards a better planet

During the journey, Gearlimits will accompany Albin and report on his adventures. So keep an eye out for more updates on Gearlimits.com!

This trip is supported by Biehler, Lezyne & Oakley in the form of in-kind sponsorship.

Extensive review of the new Outdoor Chair from Cortazu

Comfortably taking in the view after a special hike? Staying cozy together around the campfire? Outdoor enthusiasts agree that a...
Gear

The best outdoor chairs of this season

Outdoor activities are not only associated with adrenaline, but also with comfort and relaxation. A good, easy lightweight chair can...

Having recently welcomed my second child into the world, I have been spending the last weeks in a cocooned bubble. Whereas this was thrilling...

Monday 4.30 am. The alarm brutally wakes me up after a short and restless night. Half-awake, I walk to the shower in my hotel...

Extensive review of the new Outdoor Chair from Cortazu

Comfortably taking in the view after a special hike? Staying cozy together around the campfire? Outdoor enthusiasts agree that a comfortable, lightweight outdoor chair...