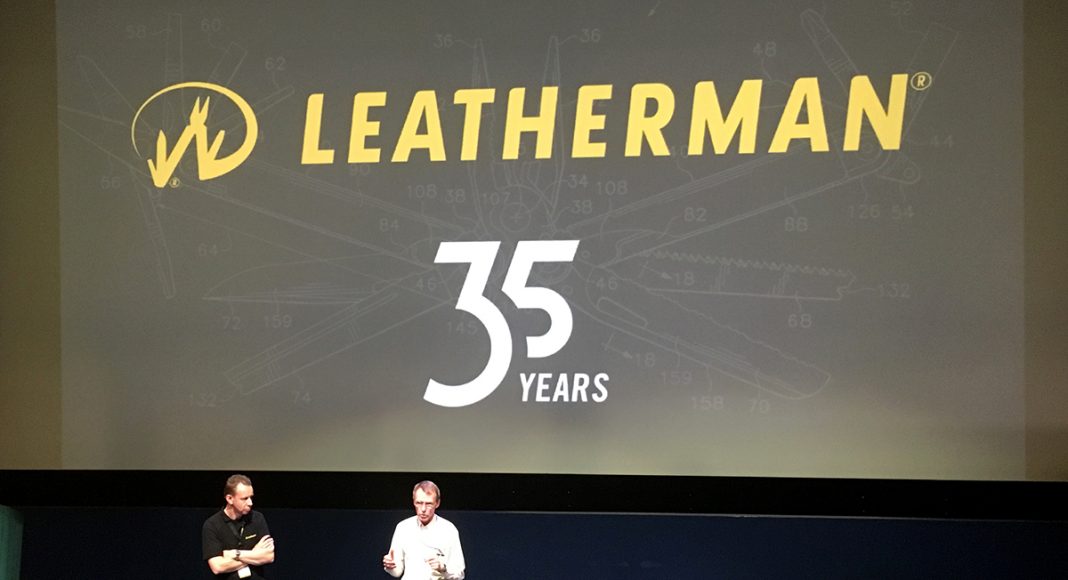 Last week I visited the NEMO Science Museum in Amsterdam on the occasion of the 35th Anniversary Heritage World Tour with Tim Leatherman, inventor of the Leatherman multitool. I bought my first Leatherman Wave in 2000 and it is ‘still going strong’. Although I use the tool often, you hardly notice it.

After the introduction by distributor Jerko van den Hazel of Adola BV, the film “Made of Mettle” was shown. Leatherman has made this 16-minute documentary in honor of the 35th anniversary of the brand. The film tells the inspiring story of Tim Leatherman and the history of the iconic multi-tool as we now know it.

More than forty years ago, Tim Leatherman and his wife decided to make a tour through Europe. He bought an old Fiat 600 in Amsterdam and drove all the way to Iran via Scandinavia and Eastern Europe. The Fiat exhibited quite a few problems and Tim was forced to fix things with his pocket knife on a regular basis. The pocket knife was nice enough but what he missed was a pair of pliers. That gave him the idea to design a pocket-sized multitool with the pliers as the primary element. At home, Tim immediately started working on his idea. He partnered with his friend Steve Berliner and on July 5, 1983, Leatherman Tool Group Inc. officially established.

The film will be released online for fans around the world on Friday, July 13th.

After the Q&A with Tim Leatherman, a Leatherman PST Collector’s Edition was raffled off twice among the attendees. To my happy surprise, I was one of the lucky ones.

The Leatherman multi-tool was born out of necessity and was invented with a single function: to get things done. The...
Read more
Advertisment