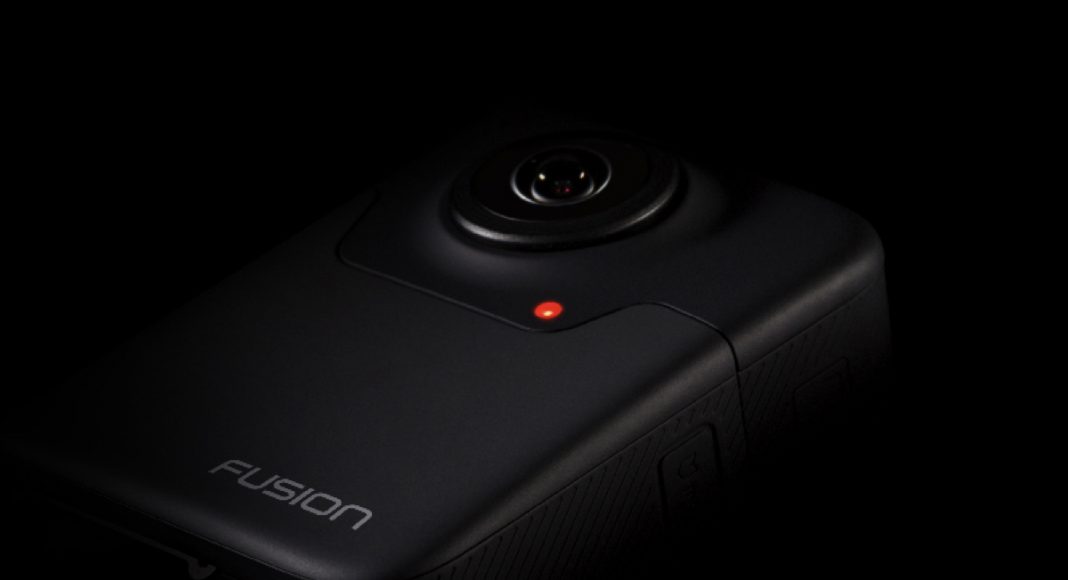 GoPro is on a strong innovation streak the past year. With the GoPro Karma Grip and Drone coming out in 2016, adding completely new products to its line (although no new camera), yesterday the leading action cam brand announced the release of the GoPro Fusion. As we went through the press release and punditry of tech websites and blogs, we noticed a strong emphasis on the fact that it seemed, in fact, to be a 360 camera, but that GoPro is adamant not to call it that.

That makes me wonder; is it just kind of USP-ish marketing, or is it something else. I am guessing the last. Maybe the reason for that is, that since the introduction of the first 360 cameras’s there haven’t been many really successful applications of 360 movies in the action sports genre – as far as I am concerned at least. And the angle (no pun intended) that GoPro is emphasizing is that it is not as much about shooting a 360 video, but the fact that you just shoot everything around the camera. And then, when you’re back home, you can choose exactly what shot, which framing of the action and what,…angle, you want to use for your final edit.

And that is a USP if there ever was one. GoPro calls this “Over Capture” or “reframing” and claims it is as if you had a complete multi-cam production crew mounted. And from that point of view (once again, no pun intended) it would be amazing.

Here at GearLimits, we do a lot of video reviewing, oftentimes taking our gear up into the woods and mountains with small and light crews, often times alone, to do our thing. That means taking multiple shots of action sequences; making a shot, then walking up the mountain again, riding down a second time, and then once more and once again. Having to set up our camera a much more limited amount of times, not having to worry about framing it perfectly, would make that process a whole lot easier.

So we are excited to use the camera and very curious about how the workflow will be in post production. Will that post-production only be possible in GoPro’s own editing suite, which is quite limited in comparison to professional editing software such as Adobe Premier or Final Cut Pro?  And these are the suites that professional customers (the focus customers of the Fusion) regularly use. How will you be able to integrate your footage from the Fusion into your edits? How will the “360” images render to 2d video imaging? What will audio be like?

The press release states a 5.2 K video at 30 fps. So no effective slo-mo capturing at the top of the resolution. Normally you would expect to have 60fps or 120fps at lower resolutions as GoPro offers in the higher end of its Hero line of cameras.

With the press-release GoPro also published a demo video of footage. In effect a 360 video that has been flattened out. It does show a super slo-mo (during the kayaking), so that may be an answer to one of the questions we have. But it doesn’t tell me much at this time.

But that doesn’t lessen our curiosity. We applied to the pilot program and hope to receive word from GoPro that we will be able to participate in it. We’ll keep you posted.